At first, I wasn't too intrigued by this picture from 1976's "Life-Saver" Cookbook: Favorite Recipes of Home Economics Teachers. It looks like a pretty ordinary garden vegetable and sour cream salad. 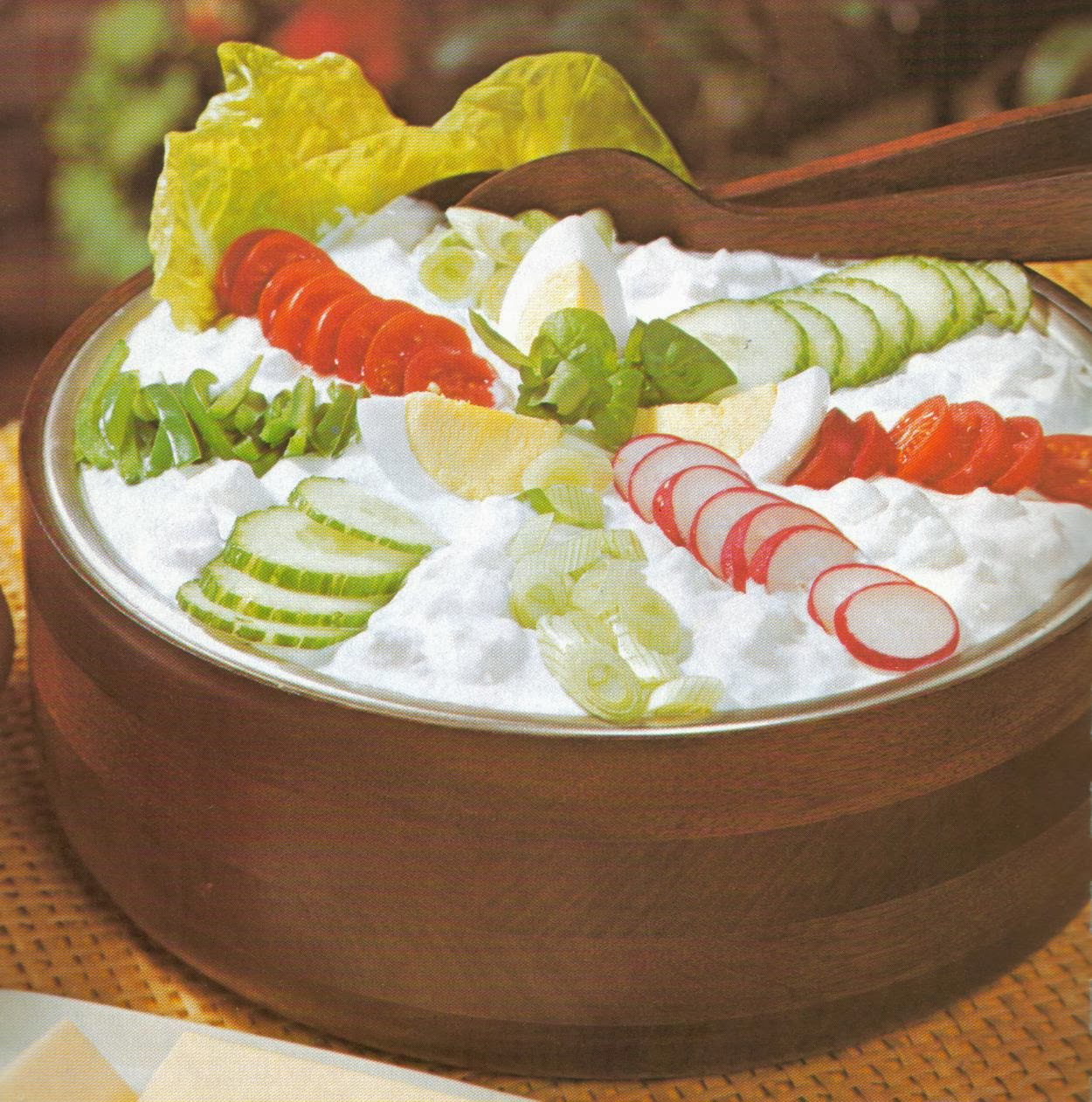 In fact, it is a fairly ordinary garden vegetable and sour cream salad. The thing that intrigues me is the name: 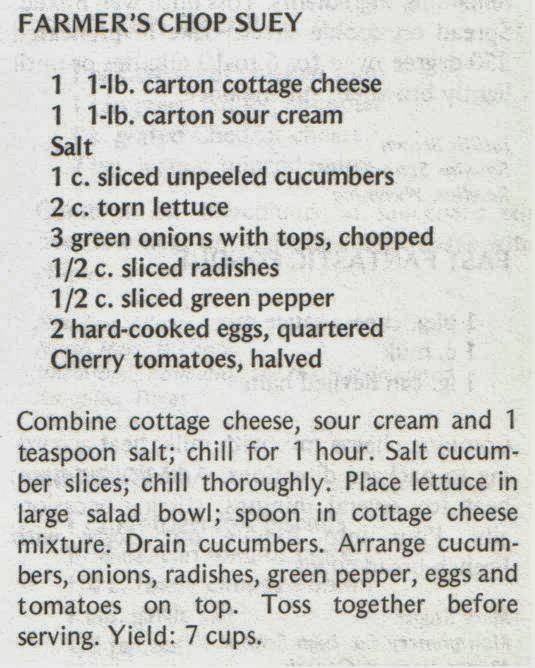 I'm quite used to seeing chop suey recipes in mid-twentieth century cookbooks, but they are for the Americanized "Chinese" dish made with canned vegetables and a little soy sauce, like this one from 1963's The Good Housekeeping Cookbook: 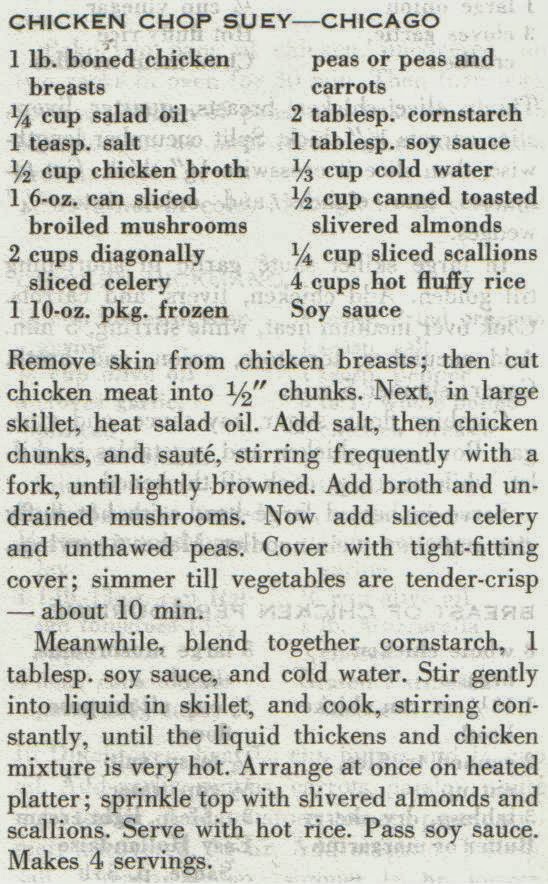 What does the "Farmer's Chop Suey" have to do with typical chop suey? There are none of the usual hallmarks-- no soy sauce, rice, meat, canned "Oriental" vegetables, not even a bit of slivered almond or the fried noodles that are more often associated with chop suey's sister, chow mein. The only thing the two recipes seem to have in common is chopped vegetables, but one could just as easily call it "Farmer's Mulligatawny" or "Farmer's Pad Thai."

That's the charm of the name, of course. I imagine a farmer like my grandma being asked to bring a dish to a dinner put on by someone she considered to be a little too hoity-toity. "You want something fancy?" she'd think. "Fine, I'll bring you fancy." Then she'd make what she planned to make anyway and give it a "fancy" foreign-sounding name.

"This is just how farmers make chop suey. Now shut up about your shiny new microwave, miss money-bags, and eat it." Grandma would be too polite to say it, of course, but the subtext would be clearly implied.
Posted by Poppy Crocker at 1:02 PM