Thanksgiving is coming! I've posted lots of alternative recommendations for Thanksgiving dinners (and sides!) over the years. Thanks to a big, odd chapter in House & Garden's New Cook Book (1967), this year we're going right for the stuffing.

Okay, admittedly, not all of these are designed for turkey. Farce Mirabelle may be intended more for a holiday goose or duckling than a turkey. 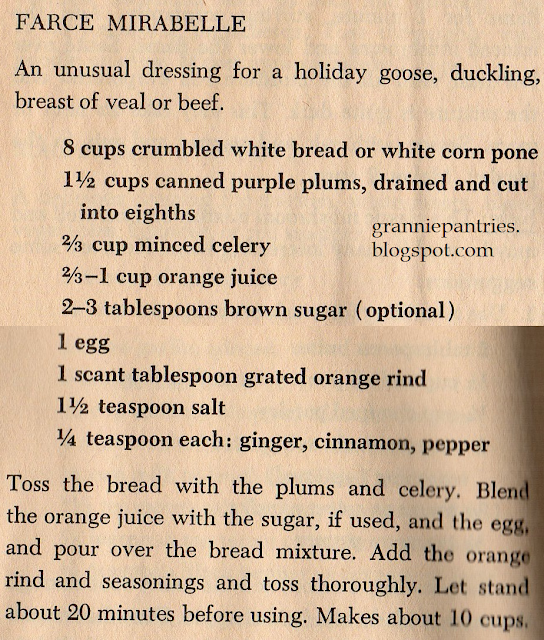 Still, they had me at the words "unusual dressing" followed up with canned plums, celery, and orange juice. Maybe this is an attempt to pair up the main course and the plum pudding?

Here's another that's not exactly designed for turkey, but good for goose or-- if you want it to look really holiday-appropriate-- stuffing into a pumpkin! 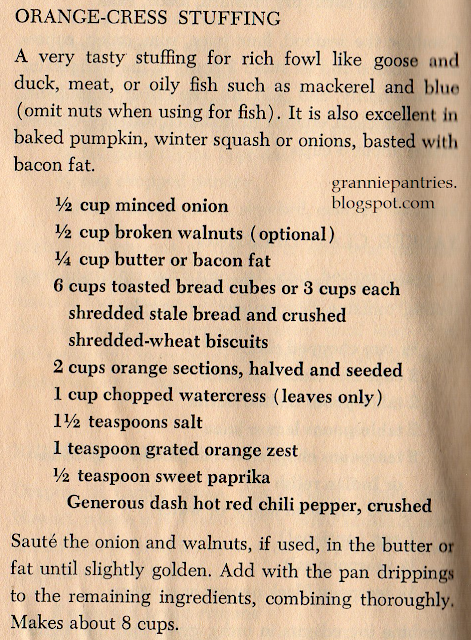 Of course, you might want to really think hard about whether you want want the centerpiece to be a pumpkin stuffed with crushed shredded wheat, walnuts, bacon fat, orange sections, watercress, and onion before starting to make it.

If you want to go fancy with squab or small game birds, the book offers Kenscoff Dressing: 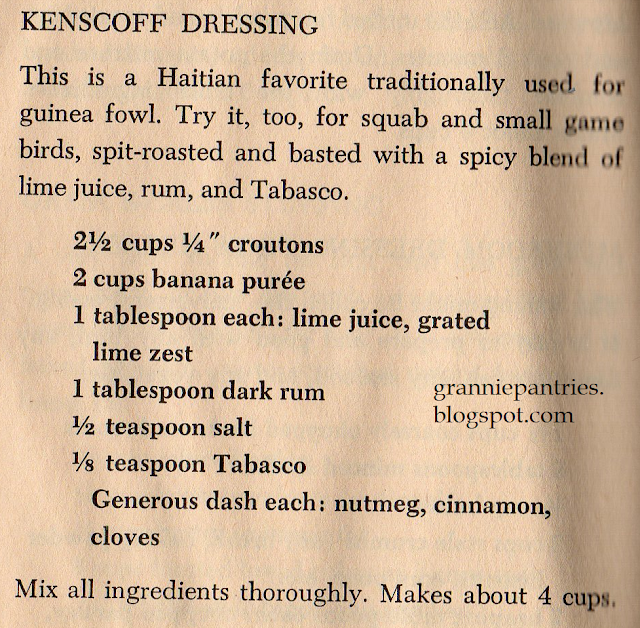 Yes, this is from back when cookbooks wanted people to put cooked banana in everything, so it's a half-crouton, half-banana purée blend. Will the lime, rum, and Tabasco help? I'm not sure, but if you steer the discussion to politics, then nobody will pay attention to the food anyway.

If you're having Thanksgiving somewhere cold, Macadamia Stuffing transports dinner to Hawaii/ the deep south. 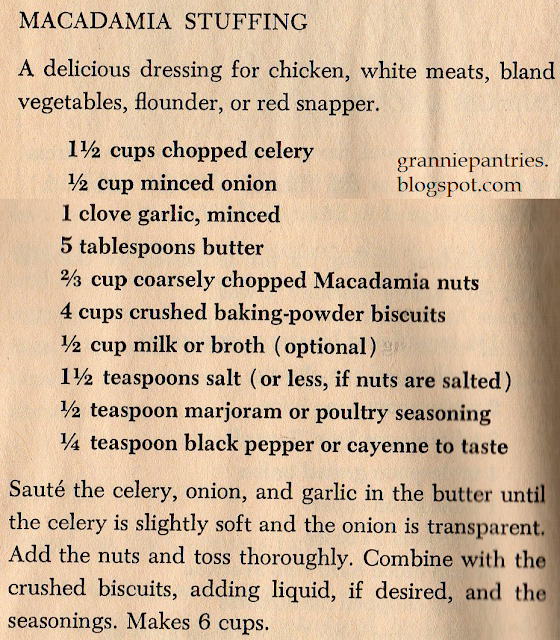 I don't see too many Macadamia nut/ baking-powder biscuit combos, but this does look a lot more like traditional stuffing than the others.

If you're the type who likes meat stuffed into other meat and can't afford a turducken, then Port-au-Prince Dressing might be the poor family's version. I always thought dried fruits and shellfish were the primary divisive stuffing ingredients, but these stuffing recipes give families entirely new sets of ingredients to fight over. Still, fighting over the stuffing is better than listening to uncle Bill rant about tax rates. Happy Thanksgiving!
Posted by Poppy Crocker at 12:06 AM