Aaugh! It's back to school time, and that unhappy fact has inspired me to yell like a well-known blockhead. 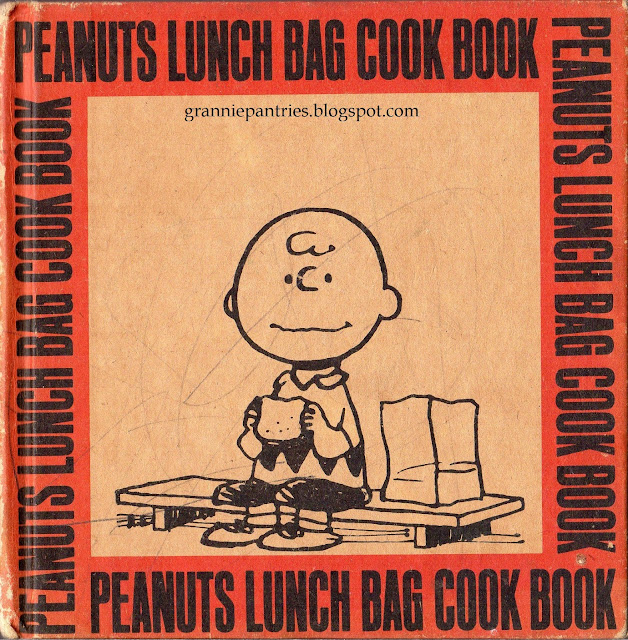 At least he's willing to show up in Peanuts Lunch Bag Cook Book (June Dutton/ Charles M. Schulz/ Determined Productions, 1970) to take some of the sting out of the season. I'm pretty sure my copy belonged to an actual child at one point, based on the scribbles you might notice on the cover (and the torn-out page inside).

This book is clearly written for families that are serious about making lunch from scratch. Not only does it have recipes for bread and mayonnaise at the beginning, but it also has recipes for snack food. No tossing in a bag of chips or cheesy poofs! Make your own. 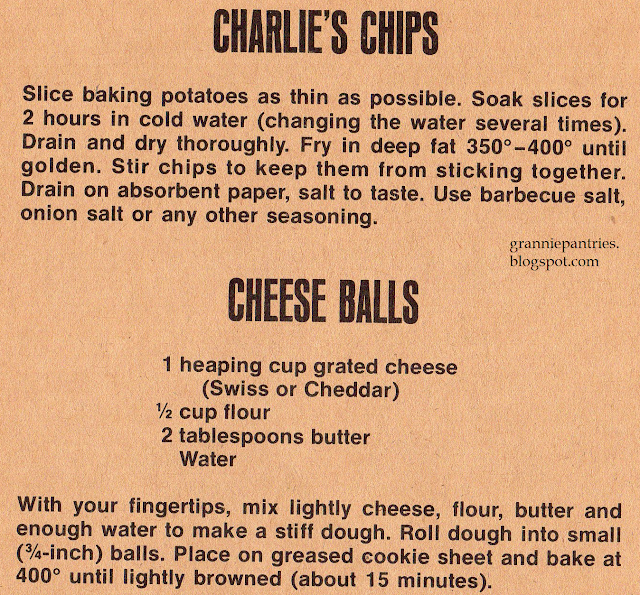 June Dutton clearly believed in salad sandwiches, as most of the book consists of recommendations for variations of [fill in the blank]-salad sandwiches. Chicken? Tuna? Salmon? Ham (regular or canned)? Cheese? There are pages of variations for all of them-- usually at least a plain version, a version with pineapple and green pepper or water chestnuts, and a version with chopped hard-cooked eggs. There's even a kind-of peanut butter salad of peanut butter mixed with finely chopped celery and topped with "catsup."

My favorites go out on a limb with the recommendations, but tie the ingredient to a character so it doesn't seem so weird. What is Lucy van Pelt known for? 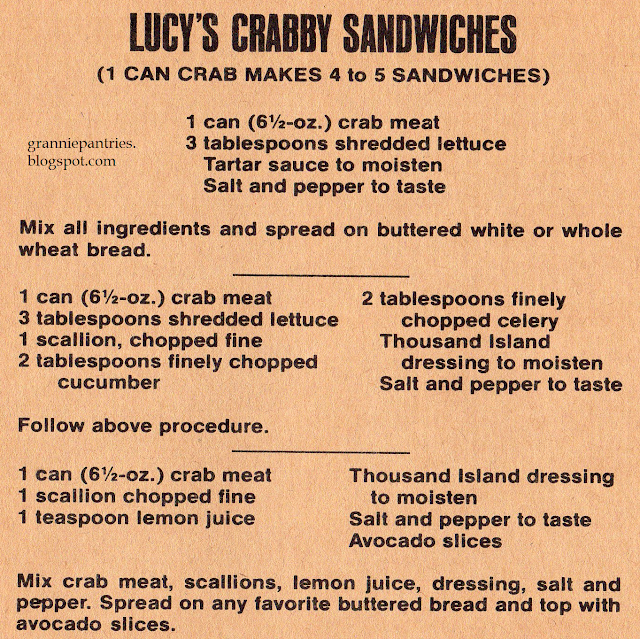 She's crabby! I can't imagine there are too many schoolkids clamoring to take a crab sandwich to school, but she's a good excuse to cram some crab sandwich recipes into the book anyway.

What might be a fitting sandwich for the gang's too-mature member, the one who's always quoting scripture when everybody else just wants to have fun? 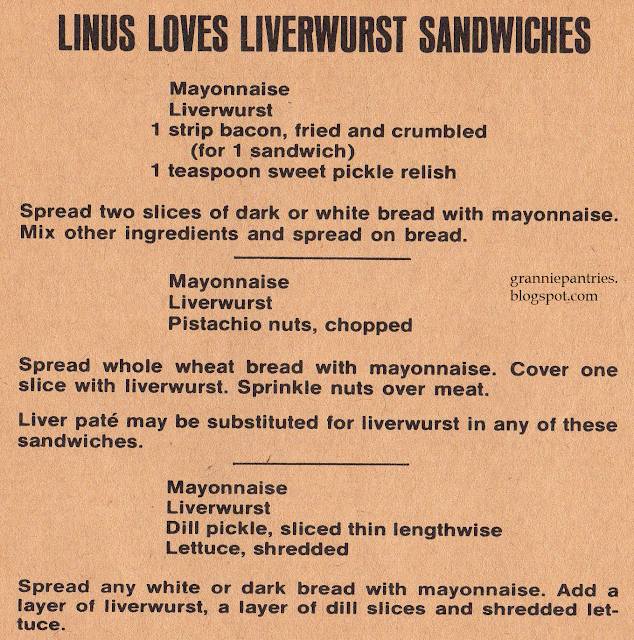 Of course Linus loves liverwurst. I'm not so convinced that the rest of the elementary school set is ready for it, though. Pack this in a real kid's lunch at your own risk.

Sally, true to form, is robbed in her selection, which is just a plain salad rather than one intended to be packed into a sandwich. 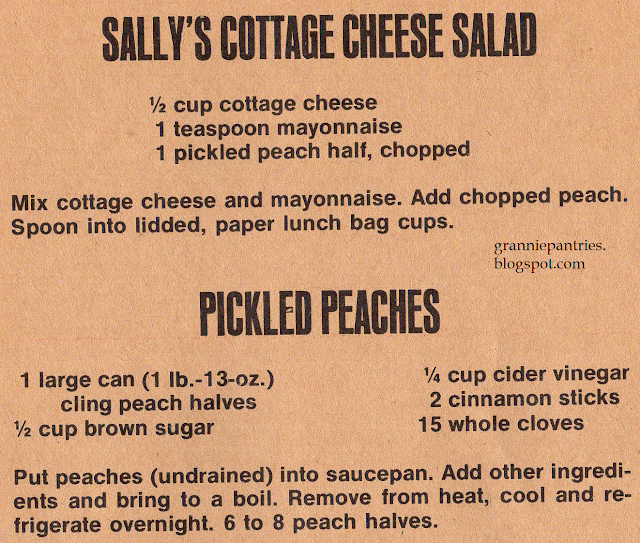 Cottage cheese with mayo and pickled peach? Well, it's not as bad as missing out on "tricks or treats," but it's damn close.

My favorite thing about the book is that it offers recipes on the left-hand pages and food-related comic on the right. I'll leave you with a comic in which Snoopy sums up my feelings about most of the recipes I feature on this site. 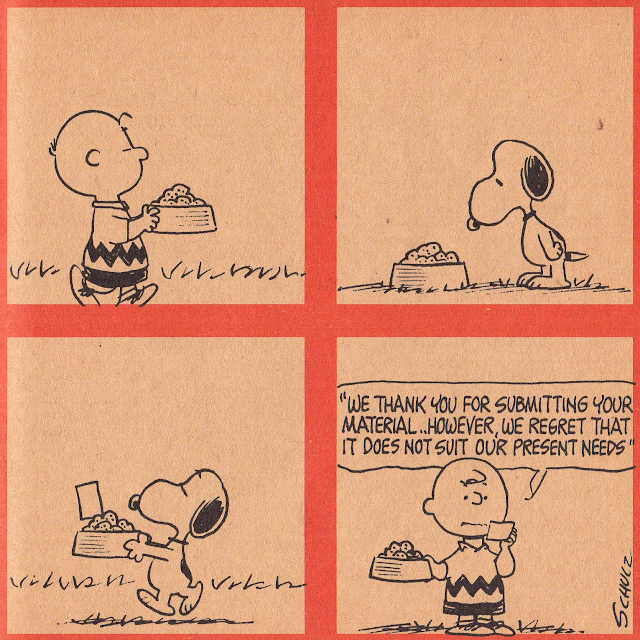