Eat it plain or mixed together. It doesn't matter much. 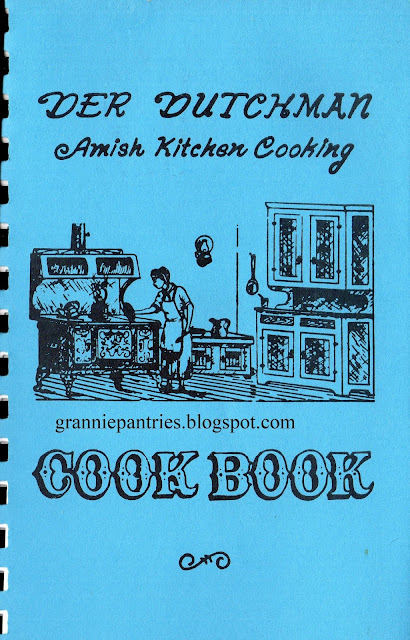 Of course, those of us who love reading through old-fashioned cookbooks know that old-fashioned cooking is often code for bland, and the little poem (written in German and translated into English) at the beginning of the chapter for main dishes does little to change this expectation: 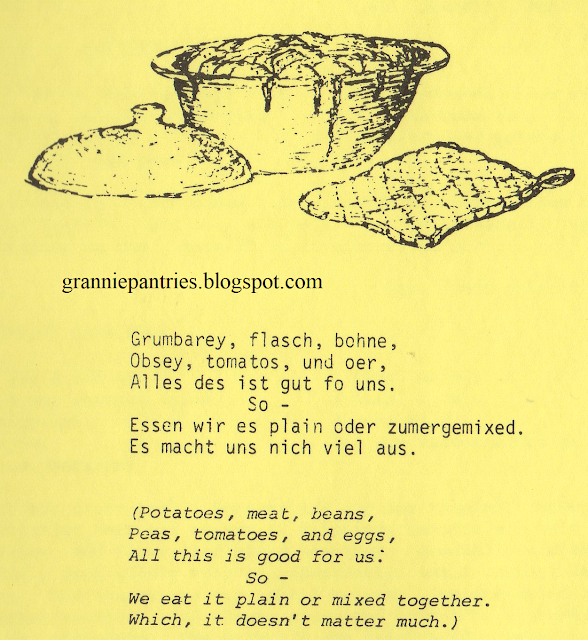 Yes, "Potatoes, meat, beans,/ Peas, tomatoes, and eggs" are eaten "plain or mixed together./ Which, it doesn't matter much." Yes, that indifference to flavor does really get the old salivary juices to... dry right up? This seems suitably utilitarian tinged with bleak for our current environment....

We get such delicacies as Hamburg and Noodles, where the recipe title can almost double as the ingredient list.

Okay, it's got celery, a little butter, and some salt in addition the the hamburg and noodles. Whee!

There are some recipes for the adventurous types, like Beef International.

What makes round steak smothered in canned cream of celery soup and Miracle Whip international? I have no idea. Maybe the Worcestershire sauce is supposed to make it vaguely British?

It's just about as international as the Italian Delight is Italian.

I'll bet Mrs. Emanual M. Beachy got this recipe from that fancy ristorante in Florence, where steak is always cut in cubes and cooked with corn and noodles in a sauce of two cans of soup and a half-pound of Velveeta. (I guess the noodles are supposed to make this Italian, but even that seems like a stretch! At the very least, this should call for macaroni instead of plain old noodles.)

The book isn't all old-fashioned cooking, though. When they're canning, apparently the workers and friends at Der Dutchman want their finished product to taste just like it came off the store shelf. For example, I guess trying to get homemade ketchup to taste like the most popular one is a bit too much to ask, but aiming for Hunt's seems a bit more reasonable:

And home cooks may not have the patience to juice the eight different kinds of vegetables that give V-8 its name...

...but they suppose that tomato juice with garlic, celery, and onion salts is close enough to pretend this is a replica.

You might think with cooking like this that Der Dutchman would be long gone, but apparently it's still around today! In fact, there are six restaurants in two states, plus inns and gift shops. (Well, the gift shops are closed now, but they weren't when I wrote this before the plague hit.) This book is a testament to the staying power of good old midwestern blandness.
Posted by Poppy Crocker at 12:20 AM