Minding your peas and soups in Iowa 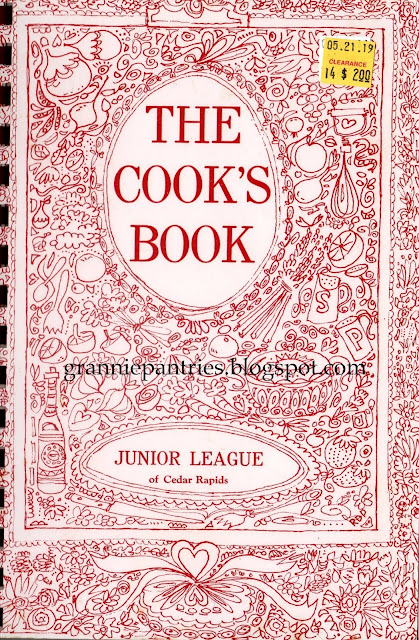 If you think of Iowa as a very plain, boring, straightforward state, then the title of today's book is going to reinforce that belief. Yes, it's The Cook's Book from the Junior League of Cedar Rapids (1965). I kind of expected the book to consist of dozens of recipes for pork chops baked/ fried/ barbecued/ encased in lemon Jell-O with corn. However, the "Beginnings" chapter mostly just showed me that 1960s Iowans really loved canned soup. 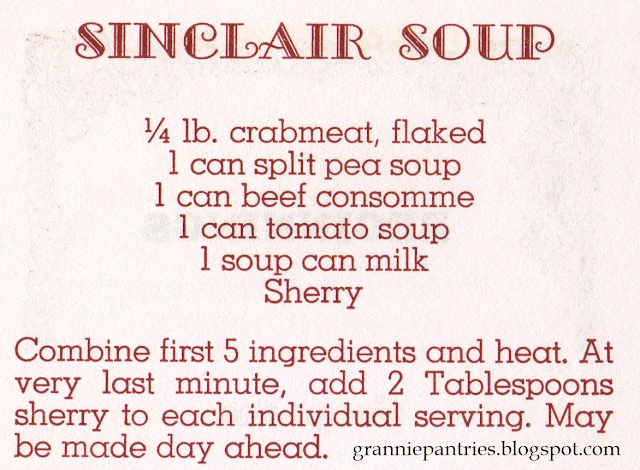 You might mix three different varieties of canned soup with a little milk, sherry, and crabmeat to serve as a soup OR, if you feel really creative, just mix a couple cans of soup with some shrimp and sherry and serve it over Melba toast instead!

It's exciting because it's now an hors d'oeuvre or entree rather than soup.

If you're more of an aspic type, this recipe makes an almost veggie-free egg salad (just a hint of ketchup!) that, when congealed in a ring mold, can corral a mound of chicken or shrimp salad. 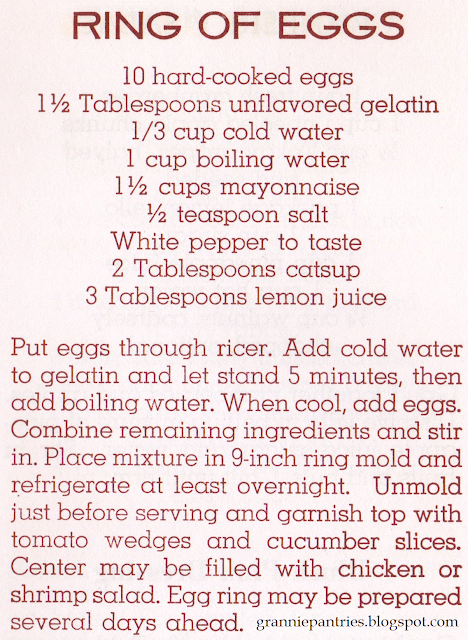 There weren't all that many corn recipes, but I did wonder if Peas Quaker would somehow incorporate oats. My imagination ran all the way from the downright disgusting (brown sugar, cinnamon, apples, and peas!) to the potentially delectable (oats cooked like risotto with plenty of butter, cheese, and barely-cooked spring peas). In reality... well.... 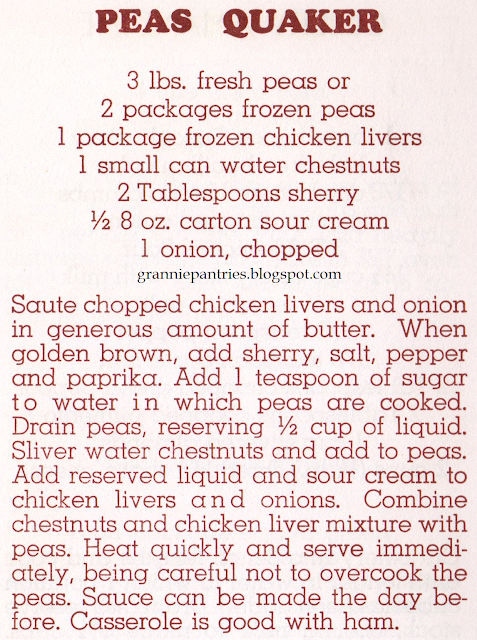 It's just peas with chicken livers, water chestnuts, sour cream, onion, and the ever-popular sherry. At least the Junior League had the good sense not to call it Peas Oriental just because the recipe includes a few water chestnuts.

The most unholy combination to my mind is a topping for pigs-- ham, to be precise. 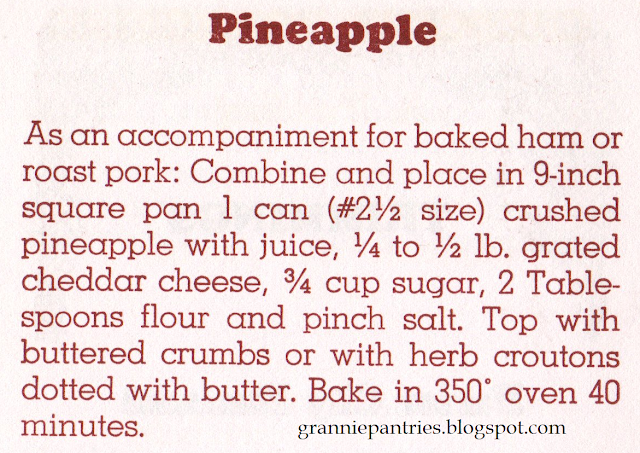 I used to love the smoky, melty goodness of ham and cheese. I know a lot of people are fans of pineapple on ham. Is there a big demand for crushed pineapple mixed with cheese and a bunch of sugar, then baked under a layer of herb croutons? Mixing everyone's favorite toppings together is not necessarily a recipe for the best topping of all time! I've never asked for a hot fudge pineapple marshmallow cherry butterscotch raspberry crème de menthe strawberry peanut butter sundae.

I guess that given their fondness for canned soups, I should just be grateful that the recipe for "Pineapple" doesn't call for a can of cream of mushroom! Thanks to my sister for sending me this insight into mid-century mid-west.
Posted by Poppy Crocker at 9:50 AM