What do chilly gymnasts cook?

I am a pure, unadulterated klutz, and an unlucky one at that. The one time I tried to ride a bike, I managed to hurtle over the handlebars and land in a patch of poison ivy. Broken bones + itching = no fun.

My point is that owning a copy of the Swedish Gymnastic Club Cookbook (Illinois, ca. mid-'70s. It's undated, but the write-up of the club's history mentions that they got a heating system in fall of 1972, and I doubt many people tell the story of getting a new heating system for decades afterwards, so I'm saying mid-'70s) is as close as I'll ever get to being a gymnast. (Or Swedish, for that matter.) 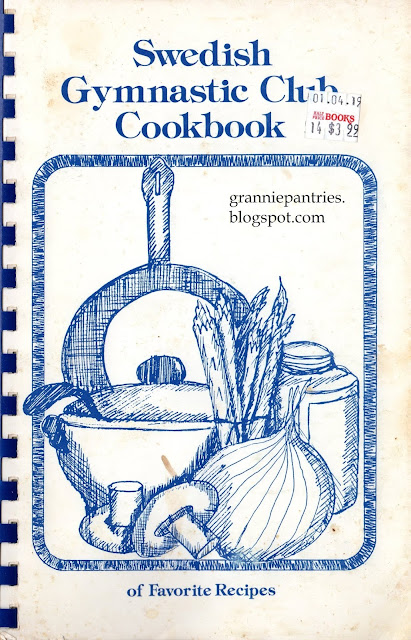 The book does have some Scandinavian recipes. They love their fish, so it was no surprise to see a fish pudding: 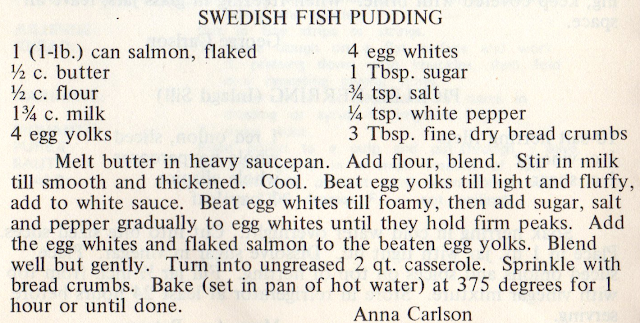 And no, this isn't a dessert flavored like the red gummy candy. (Okay, neither is the link, but it sounds like it could be!) It's canned salmon flavored.

The book doesn't stick strictly to Swedish recipes, though. There's a side trip to Bohemia... 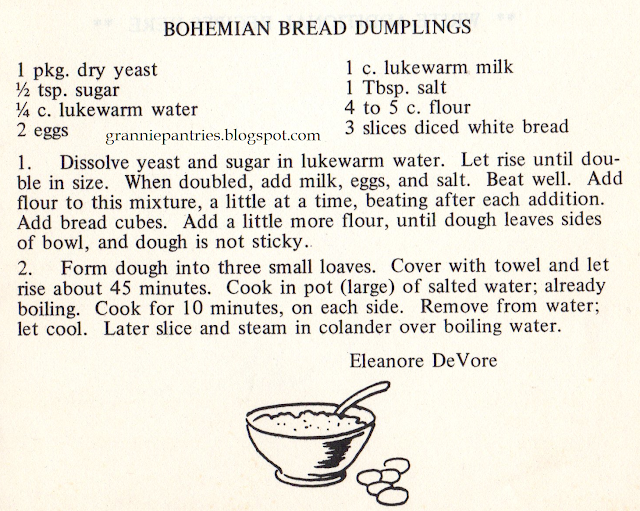 I was a little interested to see dumplings made with yeast and already-cooked bread that are so big they need to be sliced. I'm used to the flavorless, gummy Bisquick variety.

I saw some twists on traditional heartland fare, like this take on Tater Tot casserole that swaps out the ground beef for fish (well, canned tuna)...

...and mayo in place of the canned soup.

To finish out the fancy dinner, let's add an exotic side dish.

Is it the water chestnuts, the pimento, or the slivered almonds that makes the celery exotic? Maybe it takes all three? I'm just thankful for my little sister sending this very exotic collection.
Posted by Poppy Crocker at 7:27 AM